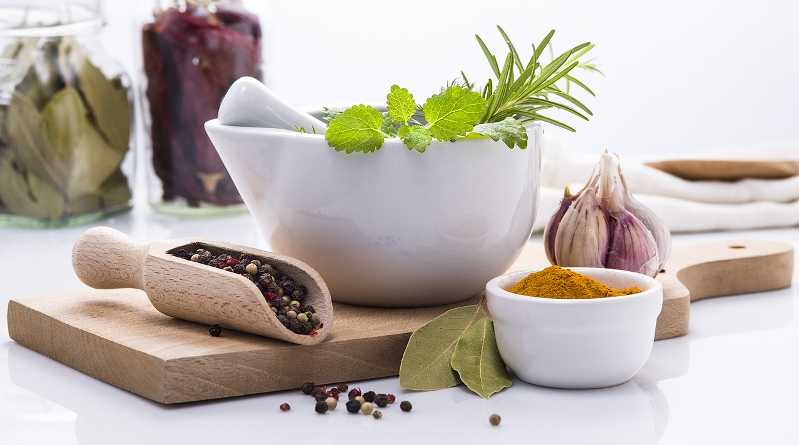 Including herbs in your diet is an easy and effective way to remove toxins from your body.  Include them in your cooking, have them with a salad, or consume in capsule form.  Below are the body systems and the herbs that can assist in their support.

Circulatory (Cardiovascular) System: This system is made up of the heart, blood, blood vessels, and lymphatics. It is the body’s delivery system, concerned with circulating blood to deliver oxygen and nutrients to every part of the body and removing carbon dioxide and waste products.

Digestive System: is responsible for receiving and digesting food and excreting waste. This system includes not only the stomach, small intestine, and large intestine, which move and absorb food, but associated organs such as the pancreas, liver, and gallbladder, and appendix which produce digestive enzymes, remove toxins, and store substances necessary for digestion.

Integumentary System: This system consists of the skin, hair, nails, and sweat glands. Its main function is to act as a barrier to protect the body from the outside world. It also functions to retain body fluids, protect against disease, eliminate waste products, and regulate body temperature.

Muscular System: This system is made up of muscle tissue and tendons (connects muscle to bone) that helps move the body and move materials through the body.

Nervous System: The nervous system is the control center of the human body. It is made up of the brain, spinal cord, and nerves. It receives and interprets stimuli and transmits impulses to organs. Your brain uses the information it receives to coordinate all of your actions and reactions.

Reproductive System:  The human reproductive system ensures that humans are able to reproduce and survive as a species. It is made up of the Penis, Prostate gland, Seminal vesicles, Vasa deferentia, and Testes in the male and the Vagina, Cervix, Uterus, Fallopian tubes and Ovaries in the female.

Skeletal System: The skeletal system provides the shape and form for our bodies in addition to supporting and protecting our bodies, allowing bodily movement, producing blood cells, and storing minerals. This system consists of bones, ligaments (connects bone to bone), cartilage, and joints.

Serous fluid: The structures which move the joint i.e. muscles, tendons, and bones, have their own blood supply which delivers serous fluid to the joints which act as a lubricant.

Urinary System: The purpose of the urinary system is to filter out excess fluid and other substances from your bloodstream. Some fluid gets reabsorbed by your body but most gets expelled as urine. The organs found in this system are the kidneys, ureters, bladder, and urethra.