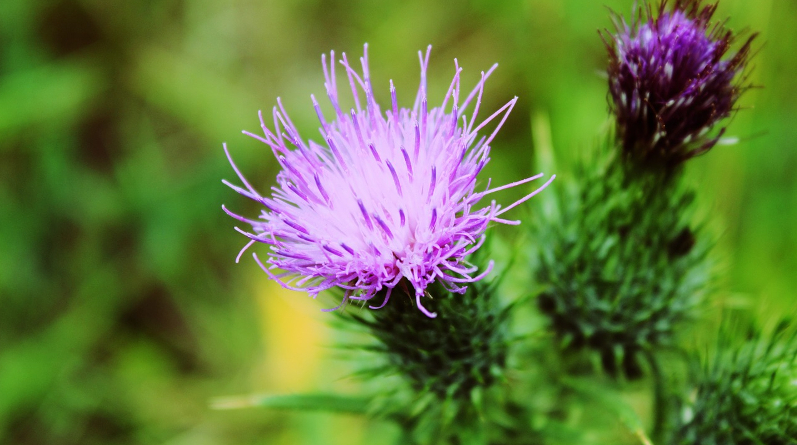 (DetoxifySamurai) Milk thistle is a flowering herb native to the Mediterranean region. It has been used for thousands of years as a remedy for a variety of ailments, and historically was thought to have protective effects on the liver and improve its function. Today, its primary folk uses include liver disorders such as cirrhosis and chronic hepatitis, and gallbladder disorders. Other folk uses include lowering cholesterol levels, reducing insulin resistance in people who have both type 2 diabetes and cirrhosis, and reducing the growth of breast, cervical, and prostate cancer cells.

Silymarin, which can be extracted from the seeds (fruit) of the milk thistle plant, is believed to be the biologically active part of the herb. The seeds are used to prepare capsules, extracts, powders, and tinctures.

What the Science Says

Previous laboratory studies suggested that milk thistle may benefit the liver by protecting and promoting the growth of liver cells, fighting oxidation (a chemical process that can damage cells), and inhibiting inflammation. However, results from small clinical trials of milk thistle for liver diseases have been mixed, and two rigorously designed studies found no benefit.

Side Effects and Cautions