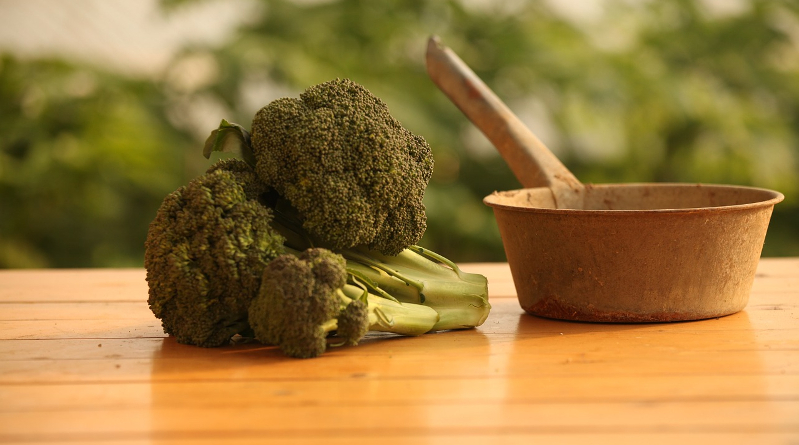 (DetoxifySamurai) You already know broccoli is good for you, but recent information from the scientific community has revealed that broccoli, the tasty, tiny tree doppelganger, is even better for you than previously thought.

Scientists already knew broccoli and other Brassica vegetables could protect against cancer.

“Epidemiological studies suggest that intake of cruciferous vegetables including broccoli reduces the risks for the induction of certain forms of cancer.

This protective effect has been linked to the presence of glucoraphanin, a glucosinolate precursor of sulforaphane, an isothiocyanate that influences the process of carcinogenesis.”
The same study referenced some of the ways this takes place, including the inhibition of tumor development, cell growth, proliferation and apoptosis.

In other studies, broccoli has played a part in lowering risk factors in lung cancer, one of the most common cancer types in the U.S., as well as prostate cancer, the most common type of cancer in U.S. men (other than skin cancer), due to its isothiocyanate content. It’s important to know that you have to get these compounds through your diet.

In the newest revelation, scientists at the University of Illinois identified the “candidate” genes that influence phenolic compounds such as flavonoids in broccoli and found that eating them is strongly associated with a lower risk of several other diseases, including asthma, type 2 diabetes and coronary heart disease, as well as several cancer types.

Researchers crossed two broccoli strains, analyzed their offshoots and used “quantitative trait locus analysis” to find the genes responsible for both the highest phenolic production and the ability to annihilate free radicals.

Significantly, the scientists reported that the more people eat these compounds, the less they tend to contract these and other diseases. According to Jack Juvik, Ph.D., a geneticist at the University of Illinois, in Phys.org:

We need inflammation because it’s a response to disease or damage, but it’s also associated with initiation of a number of degenerative diseases. People whose diets consist of a certain level of these compounds will have a lesser risk of contracting these diseases.”

What scientists hope to do with this new information is interesting: they plan to breed broccoli and other vegetables, such as cabbage, cauliflower and kale, and essentially infuse them with “mega-doses” of phenolic compounds. However, as Juvic noted:

“It’s going to take awhile. This work is a step in that direction, but is not the final answer. We plan to take the candidate genes we identified here and use them in a breeding program to improve the health benefits of these vegetables.

Meanwhile, we’ll have to make sure yield, appearance and taste are maintained as well.”

The Breakdown on Phenolic Compounds in Brassica Vegetables

Regarding phenolic compounds, the term itself is generic to more than 8,000 compounds throughout the plant kingdom. Of all the phytochemicals containing health-promoting and disease-preventing antioxidants, phenolic compounds may be at the top.

Hundreds of studies have revealed their phenomenal effect on cancer and other diseases, especially in terms of inflammation, oxidative stress and toxic load. According to The George Mateljan Foundation, a non-profit foundation sharing scientifically proven information about the benefits of healthy eating:

“Any food improving all three of these metabolic problems would be highly likely to lower our risk of cancer. In the case of broccoli, the research is strongest in showing decreased risk of prostate cancer, colon cancer, breast cancer, bladder cancer and ovarian cancer.

We expect that risk of other cancer types will also eventually be shown to undergo reduction from regular consumption of broccoli.”

One of the ways phenolic compounds slow the encroachment of disease is by defending against infection, most dramatically by zapping reactive oxygen species (ROS) linked to serious diseases such as atherosclerosis and neurodegenerative diseases such as Parkinson’s and Alzheimer’s. The most abundant polyphenol and nutritionally beneficial compounds include:

One extensive review published in the journal Molecules noted many of the attributes of flavonoids:

“They have been reported to possess many useful properties for human health, including anti-inflammatory, enzyme inhibition, antimicrobial, antiallergic, vascular and cytotoxic antitumor activity, but the most important action of phenolics is their antioxidant activity.

Flavonoids are involved in a vast array of biological functions. Quercetin, a major representative of the flavonol subclass and which is found at high concentration in broccoli, has received considerable attention.

This flavonoid has displayed the ability to prevent the oxidation of LDL by scavenging free radicals and chelating transition metal ions.”

When you eat broccoli and other Brassica vegetables, the flavonoids are taken in and distributed throughout your bloodstream. These nutrients can’t be manufactured in your body; they must be ingested through food.

And because the strength of the compounds dissipates after a few days, you likely need to eat broccoli or some other type of Brassica vegetable at least three or four times a week for continued disease-fighting protection against degenerative disease.

Possibly the first of its kind, another recent broccoli-related study that impressed the scientific community showed broccoli in particular has the potential to protect you against fatty liver disease, aka non-alcoholic fatty liver disease or NAFLD.

NAFLD can not only impair your liver function but also may trigger cirrhosis or a liver cancer called hepatocellular carcinoma (HCC), which has a high mortality rate.

One of the reasons scientists began focusing on liver cancer was because it’s become an epidemic. This is particularly in men, who are five times more likely to develop NAFLD, especially if they’re obese due to eating what’s now known as the Western diet, which is often high in unhealthy fats and sugar.