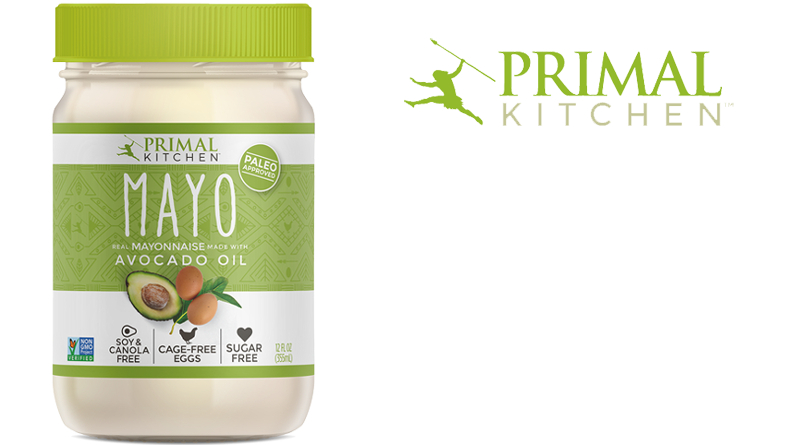 Mayonnaise has a variety of uses in food recipes including chicken salad, tuna salad, cole slaw, deviled eggs, sandwich spreads, as well as sauces and dressings.  Since it is consumed in a wide variety of ways it is important to know just what contains and how it may affect our health.  The basic recipe for Mayonnaise is a mixture of eggs, vinegar, oil and spices.  There is a wide variety of variations among brands.  For a benchmark we will look at one of the largest brands: Hellman’s.

Hellman’s is made by unilever, a multinational conglomerate with more than 400 brands in 190 countries and is America’s leading condiment comprising 1/3 of the mayo market and over $400 million in sales.  Not exactly a maker of craft products, Unilever purchases ingredients in bulk quantities from major suppliers for it’s products.

Canola oil was first created in the early 1970s as a natural oil, but in 1995, Monsanto created a genetically modified version of canola oil  and by 2009, 90 percent of the Canadian crop was genetically engineered. The name of canola oil was originally LEAR (low erucic acid rapeseed) but for marketing purposes was changed to canola oil. This word was derived from the combination of “Canada” and “ola,” meaning oil.

In a 2011 review published in Environmental Sciences Europe, 19 studies of mammals fed GMO soybeans and corn were evaluated. The 90-day trials indicated liver and kidney problems as a result of GMO foods. The kidney and liver findings actually were differentiated by sex with the kidneys being disrupted by 43.5 percent in men and the liver being disrupted in women by 30.8 percent.

As a monounsaturated oil, rapeseed oil has high levels of erucic acid. Erucic acid is a fatty acid that’s associated with heart damage, specifically Keshan disease, a disease that manifests itself with fibrotic lesions of the heart. Studies have shown that in areas where people are prone to Keshan, not only are selenium levels lower, but eurucic acid levels are higher.

Partially hydrogenated vegetable oils like canola are also known for causing inflammation and calcification of arteries, which are well-established risk factors for coronary heart disease.

Previous studies have shown that the consumption of rapeseed oil and some other types of vegetable oils shortens the life span of stroke-prone and hypertensive animal subjects. Specifically, research carried out at the Nutrition and Toxicology Research Divisions of Ottawa discovered that rats bred to have high blood pressure and proneness to stroke died sooner when fed canola oil as the sole source of fat. Additionally, the rats fed the non-canola oil-based diets lived longer than the rats fed canola oil. (9)

Another study published in 2000 in Toxicology Letters specifically looked at the effects of canola oil on blood coagulation time or how long it takes blood to clot in stroke-prone animal subjects. The study found that there was a “canola oil-induced shortening of blood coagulation time and increased fragility in [red blood cell membranes],” which may promote the occurrence of strokes in animal subjects that are stroke-prone. (10)

Up until recently, it was not legal to use canola oil in infant formulate. There have been what I think are valid concerns about canola oil retarding growth in children. Specifically, the euroric acid in canola oil is harmful to infants due to an inability to properly break it down. The FDA previously made the use of canola oil illegal in baby formula. However, as of  a few years ago, canola oil made it to the generally recognized as safe list. (11)

Not only is it highly concerning to feed developing infants a GMO oil, but it’s also highly questionable to give them unhealthy fats. Proponents brag about canola’s overall healthy fat profile, but I don’t buy it. Now it’s being sold in the form of a baby’s first meal. Of course, I highly encourage skipping the commercial formulas and opting for breastfeeding or, if necessary, homemade baby formula.

According to a study published in the Journal of Food Lipids, when soybean and canola oils purchased in the U.S. were evaluated, “The trans contents were between 0.56% and 4.2% of the total fatty acids.” (12)

When canola oil undergoes hydrogenation, which it often does to become a partially hydrogenated oil, this increases its level of trans fats. These are a group of fats you want to avoid as much as possible since they’re scientifically known to increase LDL cholesterol and lower HDL cholesterol.

When you read “partially hydrogenated oil” on any food label, that guarantees there is some amount of trans fat present. This is true even when the label tells you that there is zero trans fat. How can that be? Well, if a serving contains less than 0.5 grams, the company is allowed to indicate there are no trans fats. Frustrating, I know. (13)

Trans fatty acids are hazardous byproducts of food processing and are truly health destroyers. In fact, if you decide to get rid of your canola oil, I would also stop cooking with these oils as well: corn oil, safflower oil, soy oil and vegetable oil.

I already mentioned the link between GMOs and negative liver and kidney implications, but it doesn’t stop there. According to the Center for Food Safety, there are several new and very serious health concerns and unexpected effects of genetic engineering unearthed by scientific research: (14)

First I looked for what I did not want in a toothpaste.  I didn’t have to search since they put this right on the front.  This is what the product does not put into their brand:

I believe more consumers are becoming aware and rejecting products that have been tested on animals which cause the animal great suffering, pain, disfigurement and even can result in death.  I have been seeing, the cruelty free label on more products and it is a welcome change.

Next I wanted to know what was in the actual paste.

Ingredients in order on bottle:

The primary ingredient in Primal Kitchen mayonnaise—avocado oil—contains monounsaturated fat, which is much healthier than other options that use polyunsaturated fats, such as soybean, corn, and safflower oil.

Q: WHY DID YOU CHOOSE AVOCADO OIL? A: Full, rich, lingering flavor aside, we chose avocado oil for its fat composition, phytosterols and polyhydroxelated fatty alcohols, all of which are anti-inflammatory in nature. Its also notably high in Vitamin E and monounsaturated omega-9 fatty acids. In a recent study, both high and low doses of avocado oil enhanced alpha-carotene, beta-carotene and lutein absorption from a salad by as much as 15 times compared to a salad without avocado oil.

Q: WHAT IS THE VITAL FAT COMPOSITION OF AVOCADO OIL?

Q: HOW LONG DOES PRIMAL KITCHEN MAYO LAST IN MY CABINET BEFORE I OPEN A JAR?

A: Primal Kitchen Mayo is good for 9 months, unopened. (We dare you to attempt to keep a jar that long.)

Q: DOES IT NEED TO BE REFRIGERATED?

A: Yes, after you open your jar of mayo, it needs to be refrigerated.

Q: HOW LONG DOES IT LAST IN THE FRIDGE AFTER OPENING?

A: Depends on your appetite for awesome tasting mayo. At company headquarters, not too long! We recommend you consume within 60 days of opening.

Q: IS YOUR VINEGAR DERIVED FROM CORN?

A: We use vinegar derived from Non-GMO beets.

A: Yes! We are officially non-GMO Project Verified.

Q: WILL THE MAYO FREEZE IN TRANSIT?

A: If you live in a cold climate, your product may arrive frozen. Fear not! Simply refrigerate upon receipt and stir before enjoying. We could have chosen fillers and artificial preservatives to avoid this issue, but we don’t think it’s worth the sacrifice. Real food ingredients = separation

If you are looking for a more natural alternative to regular mayonaise,  I would recommend it trying it and see if it works for you.