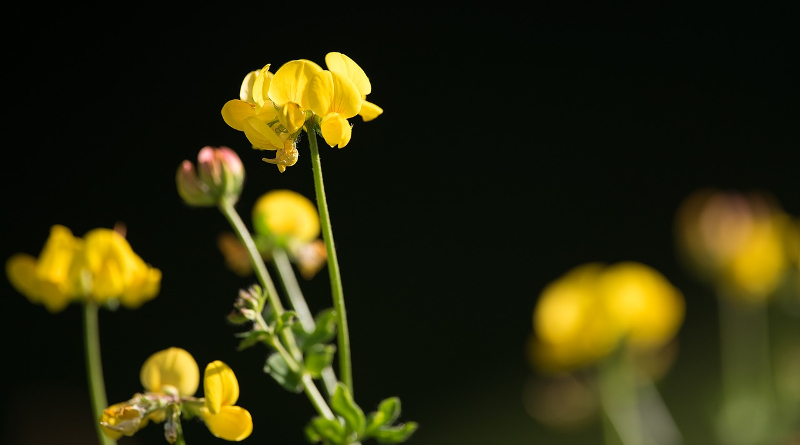 (DetoxifySamurai) The Fenugreek (Trigonella foenum-graecum) bush is native to southeastern Europe, India and the Middle East, and Africa with the largest producer being India.

Fenugreek is one of the oldest know medicinal plants. It’s first recorded use is describe on an ancient Egyption papyrus dated as far back as 1500 BC. When the tomb of Tutankhamen (King Tut) was opened in 1922 Fenugreek seeds were found inside, dating them to 1323 BC. Hippocrates (460-370 BC), the famous Greek physician, who is referred to as the “father of Western Medicine”, and who is responsible for the original Hippocratic Oath, considered it a valuable soothing herb and used it for coughs, upper respiratory complaints and lung congestion.

Another Greek physician Pedanius Dioscorides (40-90 AD) advocated the useful herb for all types of ailments even gynecological disorders. It has even been reported that the Prophet Muhammed said “If my people understood the benefits of Fenugreek, they would have paid its weight in gold.” It also was grown extensively in the imperial gardens of Charlemagne.

The parts of the plant can be used in three distinct purposes: the seeds can be ground into a spice, the plant stem can be eaten as a vegetable and the dried leaves can be used as an herb.

Another study in the Journal of Oxidative Medicine and Cellular Longevity show the anti-hyperglycemic and anti-oxitive potential of Fenugreek on heart tissue.

A study titled In Vitro Intestinal Glucose Uptake is Inhibited by Galactomannan from Canadian Fenugreek Seet (Trigonella foenum graecum) in Genetically Lean and Obese Rats noted the inhibitory effect of galactomannan on glucose uptake and that because of its viscous property, has the potential to reduce intestinal absorption of low or high concentrations of glucose and hence for the benefit of glucose management.

The seed powder demonstrated a protective effect on the liver and kidneys. An article in the journal of Molecular and Cellular Biochemistry titled Trigonella foenum graecum seed powder protects against histopathological abnormalities in tissues of diabetic rats concluded that the herb assisted in metabolic normialization and proves its potential as and anti-diabetic agent.

Mother’s milk is natures ideal food for babies providing superior nutritional compostion and far superior to the artificial milk substitutes that are made with Genetically Modified Organisms (GMO) soy and corn, unnatural crops that are created in biotechnology laboratories.

Sometimes the infant’s demand for milk is greater than the mother’s ability to supply it. In these cases many women search for natural alternatives to increase supply. In an article named The Use of Botanicals During Pregnancy and Lactation, it notes that the use of Fenugreek has been valued as an herbal galactogogue (promotes milk production) throughout India and the Middle East for Millenia and that it has a substantial reputation for increasing breast-milk production in nursing mothers.

In another article titled Fenugreek: One Remedy for Low Milk Production, the author had worked with at least 1200 women who had taken the herb and that nearly all the mothers who took Fenugreek reported an increase in milk production, generally within 24 to 72 hours after starting to take the herb. Once milk production was stimulated to an appropriate level most of the mothers could discontinue its use. The recommendation was 2 or 3 capsules of the herb three times per day. It was used successfully in variety of situations including surgical recoveries and insufficient glandular tissue.

The Intentional Breastfeeding Center also recommends 3 capsules three times per day but advocates combining it with Blessed Thistle for maximum effectiveness, also indicating that there should be a noticeable difference in production in the first 12-24 hours of use, if not, then they most likely will not work for you. The dosage in capsule form (580-610 mg) is 1200-2400 mg, 3 times per day for about 3.5 -7.3 grams/day. The German Commission E recommends a daily intake of 6 grams.

Fenugreek is considered safe for nursing moms when used in moderation and is on the U.S. Food and Drug Administration’s GRAS list (Generally Recognized As Safe). It is classified as a category 2A for breastfeeding which is defined as “compatible with breastfeeding.”

In a study titled The Effect on Milk Production and Prolactin Levels in Mothers of Premature Infants, studied the mothers of preterm infants less than 31 weeks gestation and compared the effects of 3 Fenugreek capsules three times daily for 21 days to a placebo. No adverse effects were noted in the infants given breast-milk.

In Mosby’s Handbook of Herbs and Natural Supplements, by Linda Skidmore-Roth, it states that Fenugreek “may cause reduced absorption of all medications used concurrently.” This could cause harm in a mother taking medication for thyroid function, blood pressure or birth control pills.

Traditionally, fenugreek has been used to stimulate labor, so it could potentially cause preterm labor or miscarriage if taken during pregnancy. Fenugreek is classified as category 4 for pregnancy which is defined as “no increase in frequency of malformation or other harmful effects on the fetus from limited use in women. Evidence of increased fetal damage in animal studies exists, although the relevance to humans in unknown.”

A research article, Effects of Fenugreek See on the Severity and Systemic Symptoms of Dysmenorrhea, demonstrated that the seeds of the plant significantly reduce the intensity and duration of pain during menstruation. In addition, fatigue, headache, nausea, vomiting, lack of energy and syncope (the temporary loss of consciousness caused by a fall in blood pressure) also decreased, with no reported side effects.

The major findings of a study in the Journal of Sports Science & Medicine and conducted in the University of Maryland’s Human Performance Laboratory, of 47 resistance trained men suggest that combining 900 mg of a commercially available fenugreek extract with 3.5 grams of creatine for eight weeks in conjunction with a structured resistance training program can significantly impact strength and body composition in resistance trained males as effectively as combining 5g creatine with 70g dextrose without having to ingest the large amounts of simple carbohydrates.

In the Journal of Pharmacognosy and Phytochemistry research was done on Methi and Kasuri Methi (Fenugreek). Cultivated fenugreek revealed the presence of lupeol, which is reported to be anti-cancerous and anti-inflammatory and vitamin E which is used for treating and preventing heart diseases, diabetes and lung cancers.

Another research article published in International Immunopharmacology investigated the anit-inflammatory and antioxidant effects of Fenugreek extract. The results demonstrated the beneficiary effect on arthritis in rats and confirmed the herbs power to fight inflammation.

Australian researchers at the University of Queensland working with colleagues at Applied Science and Nutrition (ASN), a Brisbane-based company that specializes in scientific and consulting services to the nutraceutical and complementary medical industry, have discovered a natural, herbal way to increase libido and treat ED.

The research published in the journal of Phytotherapy Research performed a double-blind, randomized, placebo-controlled study with 60 healthy men and used 600 mg of Gencor’s Testofen which contained a standardized extract of Fenugreek. After six weeks, the majority of men receiving the fenugreek extract reported improvements in libido and quality of sexual performance. The scientists found that daily supplements containing an extract from Fenugreek appeared to enhance male libido and normalize testosterone levels. They stated that saponins found in fenugreek may be the key to the herb’s sexual health benefits.

The seeds are widely available as a spice at herbal, Asian and grocery stores. If you plan to store them for any length of time you should buy the seeds instead of the powdered form, since they will retain their nutrients longer.

Some Indian, Asian and specialty health food stores sell the plant’s fresh or dried leaves. The dried and crumbled type are named Kasoori Methi which are used in Indian cooking by sprinkling over meat and vegetable curries before serving and will be found in small boxes or bags.

It’s important to note that fenugreek is a legume and those who have peanut allergies may experience a cross-reaction. Dr. Frederick Leickly, an allergist, writes in his blog about a study published in the Journal of Allergy and Clinical Immunology (JACI) which concluded that a sensitization to fenugreek was believed to have been caused by a peanut allergy in patients. He also noted in his practice a reverse effect, “that the fenugreek may have worked in the opposite direction – fenugreek exposure causing sensitization to the other legumes,” meaning it is possible that the use of fenugreek may create an allergy to peanuts or other legumes.

Fenugreek can enhance anticoagulant activity, and should not be used with other herbs or medications (heparin, warfarin, ticlopidine) that have this effect due to increased risk of bleeding. It can lower blood sugar to a marked degree; blood sugar levels should be monitored closely, particularly in people who are taking insulin, glipizide, or other hypoglycemic agents. Medications that are being taken to control diabetes may need to have dosages adjusted, which should be done under medical supervision. In theory, since fenugreek is high in mucilage, it can alter the absorption of any oral medication. Corticosteroid and other hormone treatments may be less effective. Monoamine oxidase inhibitors (MAOIs) may have increased activity when used in conjunction with fenugreek.