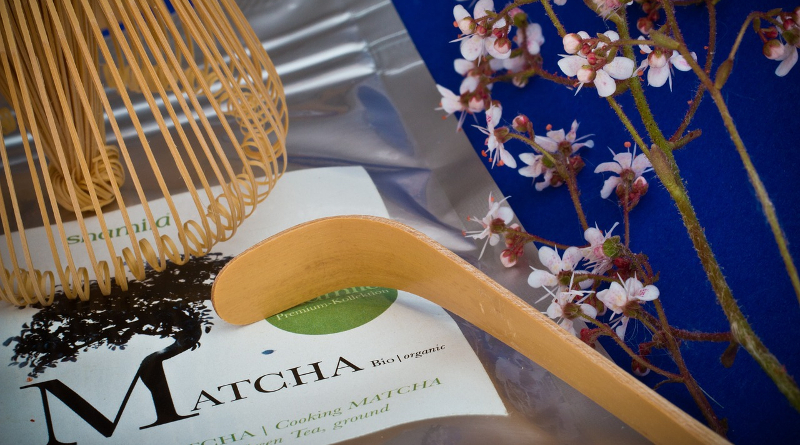 Matcha or maccha is a finely ground, bright emerald-green tea powder. It is a natural, organic green tea which has been the heart of the famous Japanese tea ceremony for over 900 years. The Buddhist monks honored matcha tea as the ‘health elixir’ for its potential to heighten the concentration and enhance the metabolism.

Originating in China in 9th century, matcha was used as drug for curing various ailments. However, its word somehow got elapsed in China.  It was only after the Zen Buddhist monks from Japan realized its true potential at the end of twelfth century, the perfection in the cultivation of matcha picked up. Matcha is still scarcely grown accounting for just 0.6% of total tea yield. 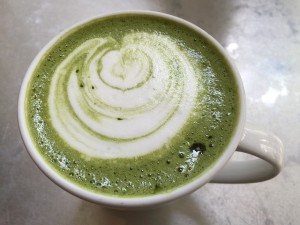 Matcha is prepared from a high-quality shade-grown leaf known as tencha. The tea bushes are sheltered to avoid the exposure of direct sunlight which reduces the pace of photosynthesis and slows down the growth of the plants. This provides the leaves with a darker shade of green and stimulates the production of chlorophyll and amino acids.

Harvesting of matcha is done by hand to ensure selection of youngest and smallest leaves for the finest quality tea. Unlike other green teas, leaves used for matcha are briefly steamed to protect them from oxidation and preserve its flavor and nutritional content. This is followed by ultra-fine milling of the tencha leaves by using granite stone mills resulting in a beautiful green powder which is the raw material for matcha tea. After being prized in Japan for scores of years, recently matcha has been gaining recognition in the western world attributing to its unique flavor and remarkable therapeutic qualities.

Matcha is a time-honored beverage which is source of vitamin A, vitamin B-complex, vitamin C, Vitamin E, vitamin K and trace minerals.  Matcha is rich in components with super antioxidant activity including polyphenols, catechins and chlorophyll. Presence of amino acids such as L-theanine and theophylline in the matcha tea makes it a multi nutrient-packed drink.

Health benefits of matcha tea for medical conditions have been discussed as under:

Antioxidant power: Matcha stores a wealth of natural antioxidants and polyphenols. A research study assessing the antioxidant power of matcha tea has revealed that as compared to other green teas matcha has the highest amount of epigallocatechin gallate (EGCG), an extremely healthful component with numerous benefits. These antioxidants seek out for the oxygen free radicals and neutralize their harmful effects thereby, protecting the body from the occurrence of disorders or inflammations associated with the oxidative stress.

Type-2 diabetes: Matcha tea may prove valuable for maintaining healthy metabolism in diabetic individuals. Antioxidant rich matcha tea aids in reducing the levels of triglycerides, total cholesterol and hepatic glucose content in the diabetic individuals. An investigative research conducted on diabetic subjects administered with matcha tea has shown that matcha exerts inhibitory action against the renal and hepatic damage by restraining the accumulation of advanced glycation end products in the kidneys.

Cardiovascular health: Another valuable action exerted by epigallocatechin gallate (EGCG) present in match is the maintenance of cardiovascular health. Richness of this component in matcha tea makes it a potent potion to keep cholesterol levels low. A research study has suggested that EGCG helps in reducing the accumulation of lipids and promotes autophagy in the vascular endothelial cells.

Energy enhancer: Matcha contains a healthy form of caffeine not to be mistaken with the one present in the regular coffee. This unique form caffeine known as theophylline sustains the energy levels without any adverse effects. The slow release of energy due to theophylline helps in supporting the functionality of adrenal glands and maintains optimum hormonal levels.

Detoxification: Chlorophyll present in matcha tea accentuates its effectiveness in cleansing process of the body. Chlorophyll is an excellent detoxifier which helps in cleansing the blood. It aids in maintaining the alkalinity of blood and tissues. Chlorophyll also helps in preventing the association of harmful toxins with colon walls and flushes them out of the body.

Mental alertness and calming effect: Matcha tea works wonderfully well in providing a calming effect to the body.  L-theanine, a unique amino acid present in matcha green tea possesses anti-anxiolytic properties and which assists in boosting alpha waves in the brain. These alpha waves encourage relaxation and induce a profound feeling of mental clarity and more alert state of mind just as is imparted by the yoga techniques. A study conducted on theanine suggests that theanine acts as neurotransmitter which exerts calming effect on the brain without causing any drowsiness. This soothing effect provided by matcha helped the Buddhist monks in maintaining deep concentration during their meditation sessions and was the main reason behind its popularity. Another study has revealed the anti-stress effects of theanine present in matcha which assists in reducing the physiological and psychological stress responses by inhibiting the neuron excitation.

Protection from infections: As stated above, matcha tea contains epigallocatechin gallate (EGCG) which is also effective in fighting against various bacterial, viral and fungal infections. An investigative research has suggested that EGCG binds to the lipid membrane and exerts inhibitory action against growth of various important human pathogens including influenza A virus, hepatitis B and C virus, herpes virus, adenovirus Staphylococcus aureus bacteria and Candida albicans yeast.

Protection against HIV: Epigallocatechin present in matcha is also efficient in the prevention of HIV. Along with this, consumption of matcha tea may also help in protecting the brain of HIV patients. This defensive act attributes to the penetration power of epigallocatechin through the blood brain barriers which is not feasible for the commercially available anti-retroviral drugs.

Gastrointestinal health: Match tea is useful for treating gastrointestinal disorders. A research study conducted in this field has revealed that consumption of matcha stimulates the fecal excretion and helps the body to get rid of harmful chemicals and toxins.

Cancer prevention: Matcha assists in the prevention of cancer attributing to the presence of epigallocatechin gallate (EGCG) which has chemopreventive properties. Multiple studies have shown that polyphenols present in matcha tea prevents the proliferation of malignant cancerous cells, promotes induction of apoptosis and assists in the reducing the risk of developing various cancers including bladder cancer and colorectal cancer. EGCG exerts inhibitory activities and works against the progression of human breast and prostate tumors as well.

Culinary usage: Apart from healthy gains, matcha is widely popular as an ingredient in a range of food items. Matcha is used to add flavor to a variety of western-style confectionary items including chocolates, cakes, candies, cookies and green tea ice-creams. Recently, a number of famous cafes in North America and around have introduced matcha based drinks such as smoothies, milk shakes, lattes and alcoholic beverages.

A word of caution

Matcha is a healthy green tea with multi-dimensional benefits. However, it contains some amount of caffeine which may trigger allergic reactions in some susceptible individuals. Allergic reactions may include diarrhea, cardiac arrhythmia and irritable bowel syndrome. Caffeine can also cause drug interactions basis the amount consumed. If you are new to matcha and are unaware of its sensitivities, then it is always advisable to ensure natural vigilance while trying it for the first time. Prior considering matcha tea for therapeutic purposes, an expert medical opinion would always help to better understand its effects especially during special conditions such as pregnancy and lactation.

Matcha has superior potential health benefits as compared to other green teas. According to a popular adage, there is special etiquette which is followed in Japan while drinking this tea .i.e. ‘if you drink matcha with your back straight, the pleasure of the experience would double’.   Matcha is the only tea in which the entire tea leaf is dissolved in the water providing the maximum benefits of natural components present in the matcha tea. Chlorophyll present in matcha assists in wound-healing and also exerts anti-inflammatory actions. Apart from these, matcha possesses anti-aging properties, helps in keeping the blood pressure low, provides relief from constipation, stimulates the mood and helps create a feeling of overall wellbeing.