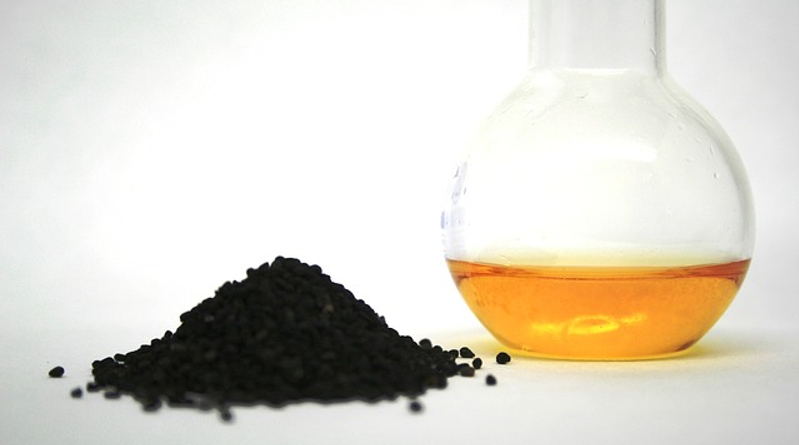 (DetoxifySamurai) Also known as cumin or caraway seed, black seed (Nigella sativa) has been used for over 2000 years and is viewed as a healing wonder, with research suggesting that it could be helpful in fighting illnesses of all kinds. Over 600 peer-reviewed studies prove that this amazing little seed has more than 20 ‘pharmacological actions‘ on the body when taken in food or as a supplement. Yes, black seed oil benefits are plentiful, and you will learn about them here.

The earliest medicinal application of black seed is traced back to ancient Egypt. The Assyrians there called black seed “tin tir” and ingested it to cure stomach problems. Externally, they used it to treat the eyes, nose, and mouth, and for skin inflammations such as rashes, bites, and sores. The Egyptians called it a panacea, and a bottle of it was even found in Tutankhamen’s tomb.

Nigella Sativa has (Minimally) These Pharmacological Actions on the Body

Just a few highlights of the many black seed oil benefits on health include:

The oil should be tightly capped and stored in a cool, dry place out of direct sunlight. When stored properly the oil will remain fresh for 36 months.  Refrigeration is not recommended.

The many health benefits are impressive.  Try it an see if it benefits you!